Best Tennis has a number of highly qualifed coaches and  enthusiastic support coaches, to ensure that players get the most from the lessons 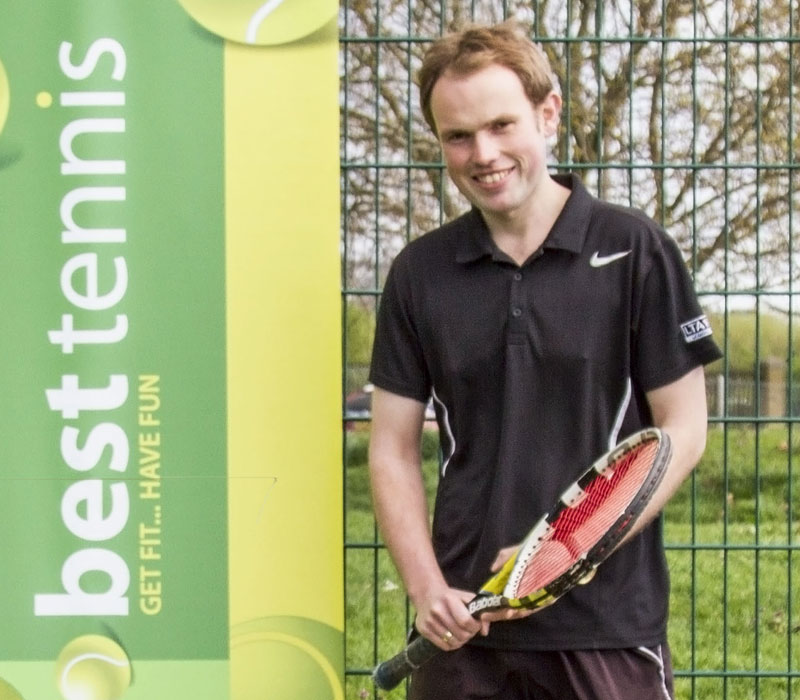 Phil is the founder of Best Tennis and has been coaching tennis for 15 years. By achieving the LTA Play Test Grade 3 – the highest grade achievable for coaching – he can coach any standard of player. Phil has achieved the LTA Level 4 Qualification.

Phil grew up in Roehampton and is very passionate about establishing tennis programs that are fun, accessible and provide good value for money.

During his university years in Exeter, Phil taught tennis at a number of local tennis clubs and primary schools before becoming a licensed LTA Tennis Coach and taking a coaching position at Exmouth Lawn Tennis Club for 2 years.

He then went on to become the Head Coach at Chulmleigh Tennis Club in North Devon where he delivered a full program, coaching a number of performance level Junior players.

Moving back to London in 2009, Phil developed a tennis program at Old Deer Park in Richmond and helped to create a regular attendance of over 500 players each year.

In 2011, Phil established Best Tennis with the aim to make tennis easily accessible to all the family. By developing a loyal and competent coaching team, Best Tennis has now expended to 6 sites across the borough of Richmond.

David can offer something for everybody, and is popular with both Adults and Juniors. His friendly approach and extensive knowledge of technique mean that he is is very popular with our players. David is available for private lessons and runs a number of our group programs.

David’s journey in Tennis started at the age of 16 playing on a full-time basis in Hampshire. He went through a variety of experiences as a player and he realised there’s a difference between training and competing and ‘LEARNING’ to train and compete. Every player is unique and learns in different ways and he takes this approach when coaching each individual. David went on to study Sport Psychology and Coaching at University and believes the psychology of Tennis is important at all levels of the sport whether that’s playing for fun, playing to stay fit or looking to compete at the highest level 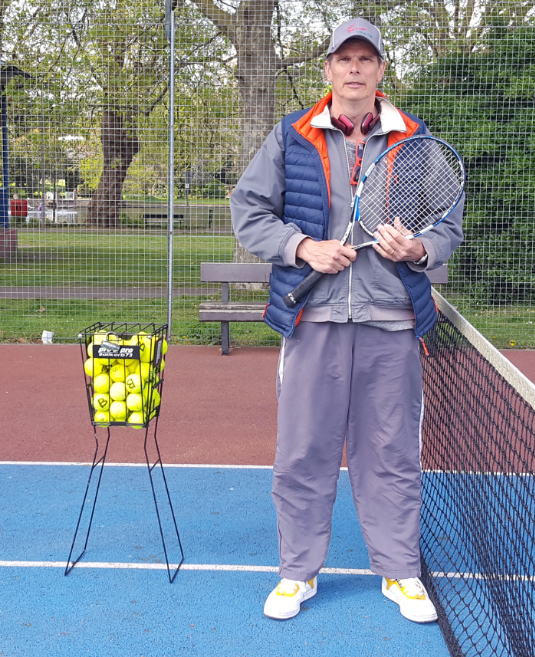 Baz was born and raised in the Netherlands, where he started playing tennis from his teenage years. He moved to London almost 30 years ago where he, after a successful career in business, qualified as a tennis coach.

Baz has coached with Best Tennis for 4 years and is extremely popular with his clients. Baz runs a number of Adult tennis events during the year in Richmond. His main guiding principle is that if people enjoy his sessions, they learn more, better and quicker. He obtained his coaching qualifications for youth and adults through the American Professional Tennis Registry (PTR), and is fully LTA accredited. 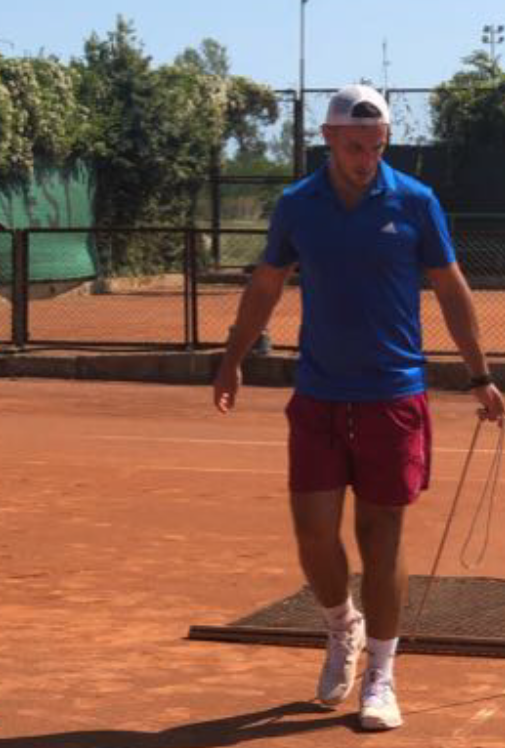 Venelin is coaching many of our groups in Richmond, he is very popular with both adults and children and loves to welcome new players onto his groups, of all standards

Venelin can offer something for everyone. His knowledge of technique and attention to detail has allowed him to build a base of loyal clients. He is fully committed to the the long term development of each and every player. 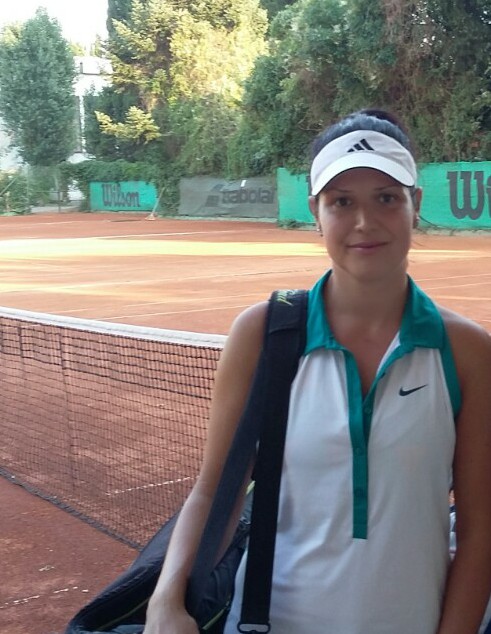 Vidi was born and raised in Bulgaria and has Master degree in Social and Forensic psychology. She has over ten years experience in the tennis industry, having coached in Bulgaria, Ireland and England

Vidi started playing tennis at the age of 4 and has competed for her country, participating in many junior tournaments. She currently does a lot of performance coaching, organising  league matches for the 9U, 10U, 12U and adult teams. However, Vidi always enjoys teaching people completely new to the game as she has a determination to help others enjoy the sport. Vidi holds the LTA Level 3 and RPT level 1 qualifications and is currently working on her LTA Level 4.

Vidi is available for group and private coaching on Thursdays and Fridays in Richmond. 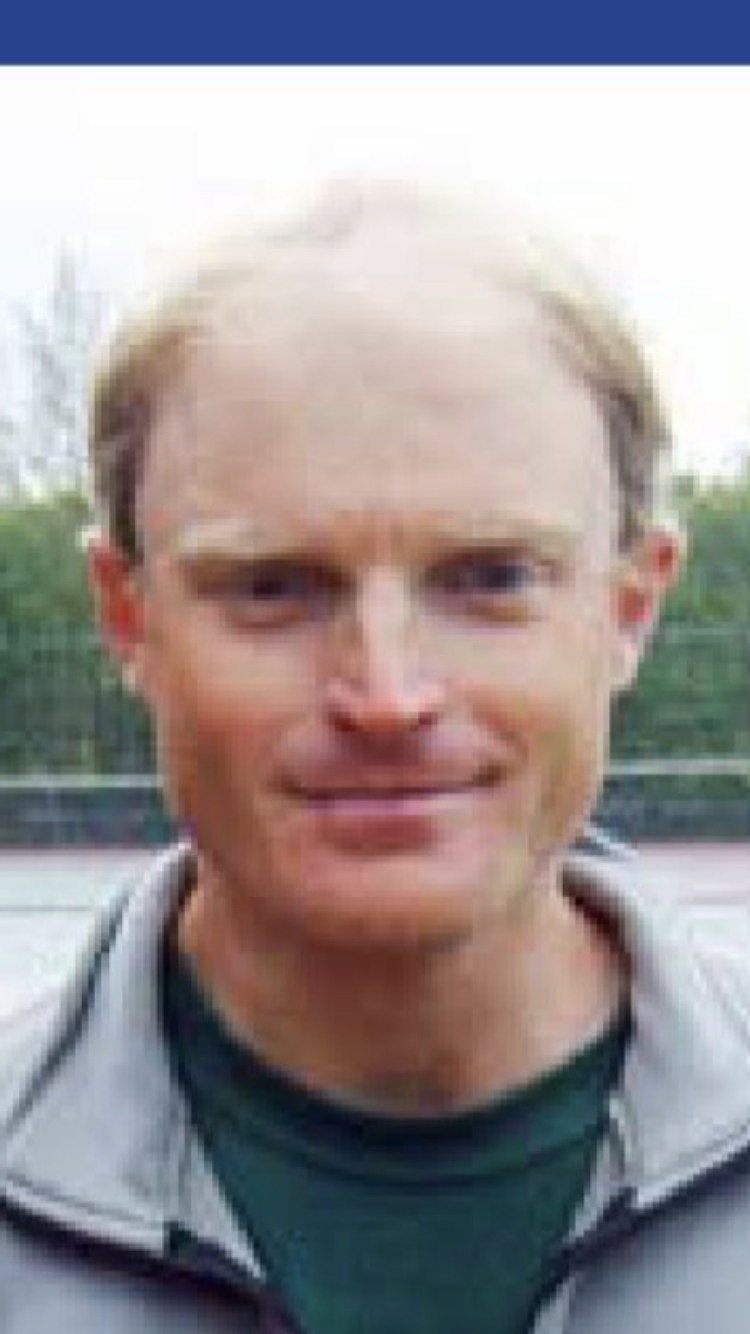 Mark has a wealth of experience having coached continuously in the Borough of Richmond since 2004. Mark has the Level 3 LTA Qualification and is LTA Licensed and Accredited.

Mark has worked for Best Tennis for over a year and has already formulated a list of very committed players. Mark only offers private lessons and is extremely friendly and professional. Mark prides himself on hard work and will be willing to work in almost all weathers to ensure you never miss out. 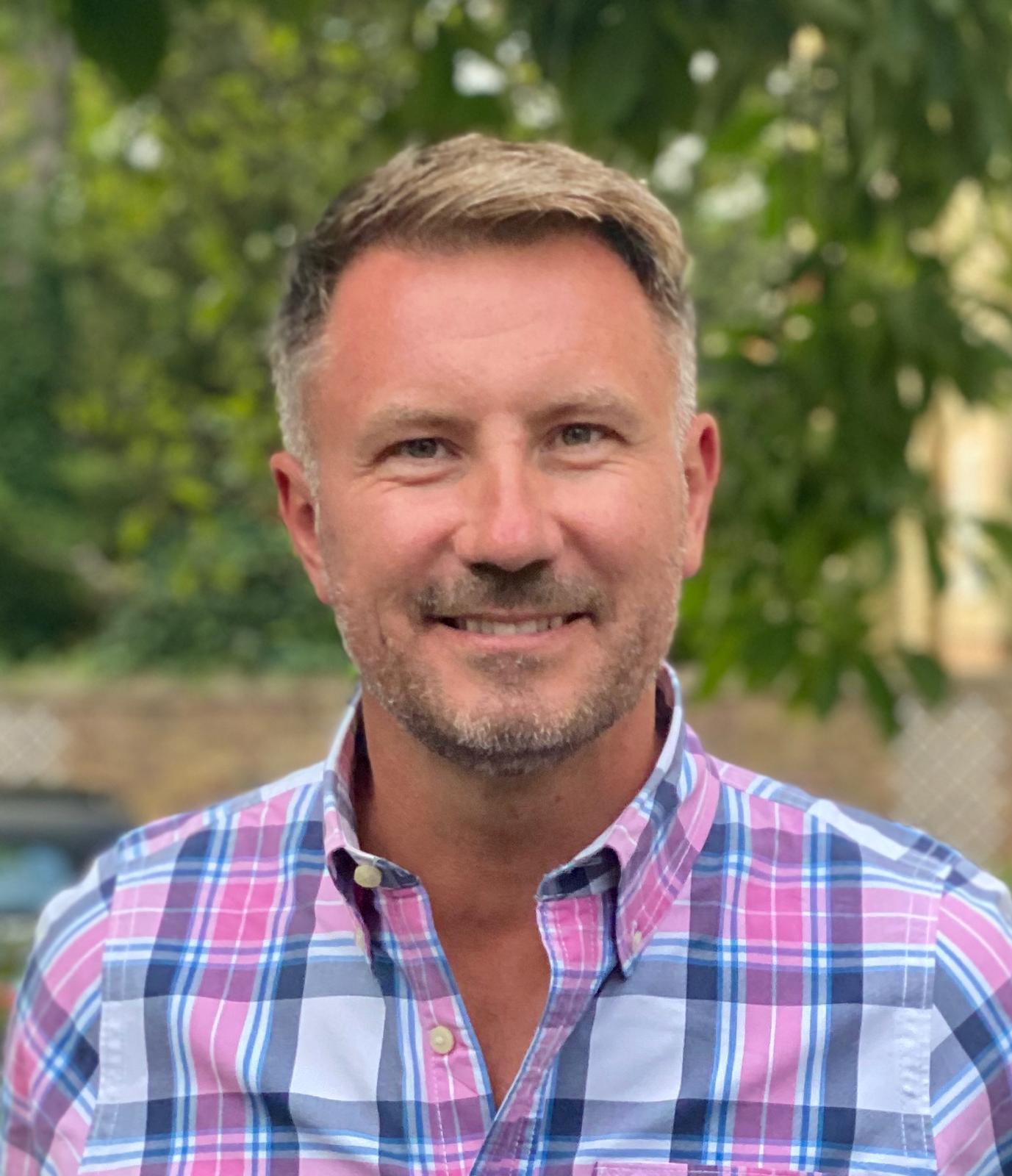 Mihai has been coaching at King George's Field for over two years and is a very likeable coach, with an excellent playing standard. Mihai has a very loyal client base and is a very important member of our team

Mihai’s aim is “to serve people who want to learn and enjoy the beauty of tennis”. He is a regular competitor in the Richmond Local Tennis Leagues and has won the local league 7 times. Mihai loves to teach matchplay tactics to his players and is extremely popular with his players 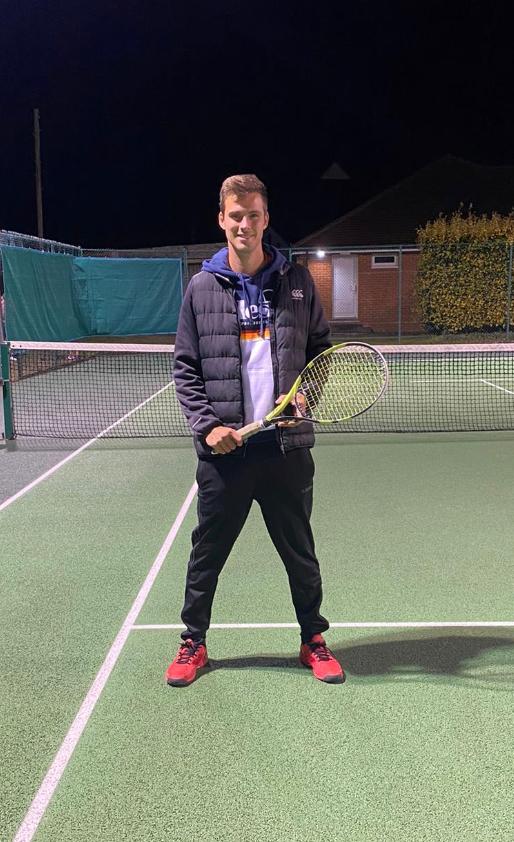 Ed has been playing tennis since the age of 5 and has a real passion for sport. He takes his passion into his lessons to deliver fun and engaging sessions. Ed believes in a tailored approach to coaching as all players learn differently. He is comfortable teaching adults and juniors, as well as both recreational or performance players. Having brought several players up to county standard, he loves seeing their development and the enjoyment they get from it.

Ed grew up in Buckinghamshire and competed in tennis from a very young age. He has an intimate knowledge of the game and has studied biomechanics and sports psychology – this enables him to pinpoint where a technical problems lie quickly and effectively.

Jessie is French and British, and is currently finishing a Primary Education Degree at St Mary’s University. Her motivation and enthusiastic approach to coaching can give players the confidence they need to try their best and enjoy playing tennis.

Jessie has been playing tennis since she was 10 years old, playing in national championships in her country and reached the equivalent level of 2.1. She followed a two-year tennis degree and has been coaching adults and children of all levels for 7 years, in France and around London. Her passion for coaching tennis came with her experience of Neurolinguistic programming that allows her to adapt her teaching depending on the personality and character of the player. She creates a playful and educational environment based on the four tennis basics: technique, tactics, fitness and mindsets. 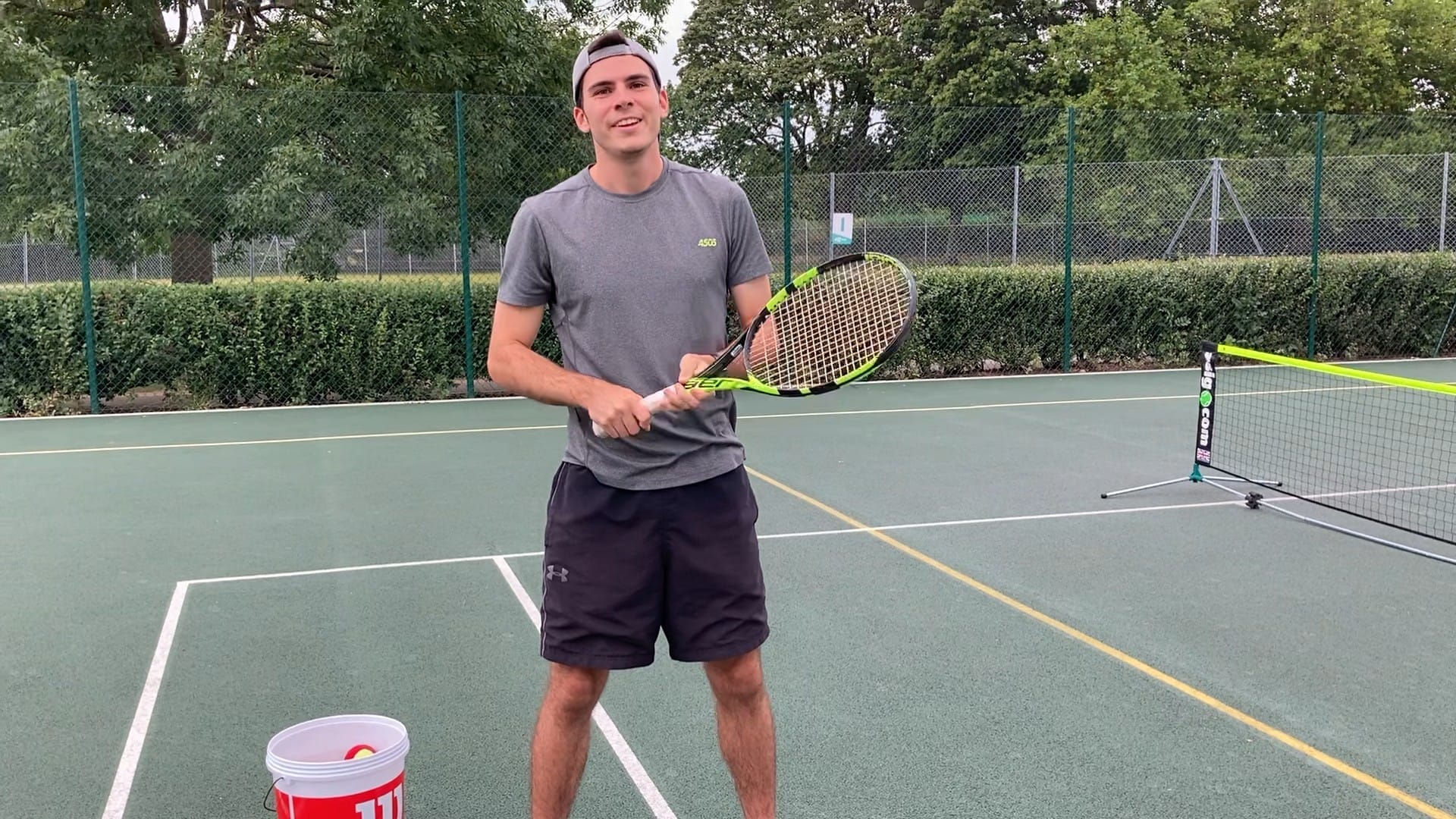 Jaco is a young and enthusiastic assistant coach who has a great love for the game. He is very keen to learn and loves playing as well as understanding and explaining the detail of the technical side of the game. He is much liked by our players in both junior and adult lessons.

“Philip’s lessons and courses are enjoyable as well as challenging. I’ve been coached by him for nearly a year and even though I am moving away, I think I will still be coming to his great lessons.”

“Phillip is a great coach; young, motivated and reliable, but most of all he knows his tennis!”

“In rain and in sunshine Phil is a cool, calm and clear teacher. Always a good atmosphere and people respond well to him and his lessons. Thanks Phil – really enjoying playing tennis again.”

“Phil, I have taken lessons before, thinking that I am hopeless! You’ve made me believe that I can learn. Thank you.”

Try a private lesson with a coach

Get fit, have fun!

If you have children aged 3 to 16 wanting tennis coaching for kids, are a beginner wanting to learn to play tennis, or already play but want to improve your game, our LTA Qualified Coaches provide group tennis coaching and private tennis lessons.

Get our latest news